The works he made during this fruitful ten-year period are now on display as part of an exhibition, Le Corbusier by the Sea, at Villa Stenersen in Oslo, Norway – a building designed between 1937 and 1939 by the architect Arne Korsmo. This structure, situated in the bourgeois area of Vinderen, is considered to be one of Norway’s most prominent examples of Functionalist architecture, and while it was originally conceived as a residence for a local businessman and art collector – he wanted a house that would also serve as an exhibition space for his private art collection – it is used now as a gallery. Built-in glass, steel and white concrete, Villa Stenersen is often compared to Le Corbusier’s Villa Savoye, which was built over the course of three years from 1928. “Villa Stenersen is also an example of how Korsmo was inspired by Le Corbusier’s ideas about polychromy in architecture,” explains Talette Simonsen, senior curator at the National Museum in Oslo, Norway.

Building on an exhibition concept by Bruno Hubert and Tim Benton, Simonsen put together Le Corbusier by the Sea not only to showcase Le Corbusier’s work from Le Piquey but also to demonstrate Villa Stenersen’s original purpose – as a landscape for displaying and enjoying art. “With this exhibition, we first and foremost want to show Le Corbusier as a visual artist, which is an interesting but lesser-known part of the internationally renowned architect. When we show it in Villa Stenersen we also want to emphasise an important function of the house; displaying art,” explains Simonsen. 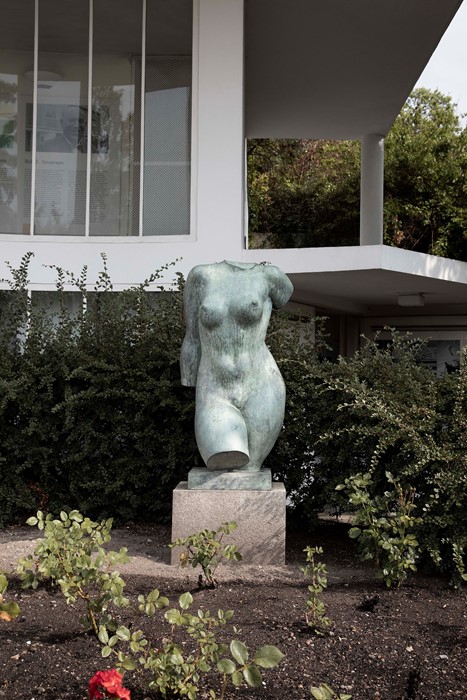 During his years in Le Piquey, Le Corbusier visited Bassin d’Arcachon, a bay on the southwest coast of France, every year – and its influence can be felt in his resulting paintings and drawings of organic forms such as shells, cones, driftwood and stones. Le Corbusier by the Sea also pinpoints the ways in which Le Corbusier’s work as an architect changed around the 1930s, having rejected Cubism as something “irrational and too romantic” in his 1918 manifesto Après le cubisme in collaboration with Cubist painter Amédée Ozenfant. “From the 1930s he started using more organic forms in his visual art as well as in his architecture, abandoning the geometric shapes of his early works. In many of his later architectural projects in raw concrete, béton brut, this aspect is even more strongly articulated,” says Simonsen.

Le Corbusier’s choice of motifs began to change in the 1930s too. He started to include human figures in his paintings, as well as little oddities collected for his “Cabinet of Curiosities”. He was fascinated by the forms, rough textures, and irregularities of these natural objects, which he called his “objets à réaction poétique” or “objects of poetic reaction”. His paintings from the 1930s often use a more intense colour palette and, in most cases, the compositional structures are more complex than those from the 1920s.

Le Corbusier was fascinated by the vernacular building techniques he observed in Le Piquey, and his time spent in the southwest of France also made him more attuned to a natural way of living. He wrote enthusiastically about how the fishermen built their cabins as a natural response to their daily routines and the climate. “These houses are palaces!” he wrote. One example of this, presented in the exhibition, is Villa Mandrot in Toulon, finished in 1932. Le Corbusier embedded the house into the landscape, using local materials so that the exterior was in harmony with the surroundings. The neighbouring buildings were some distance away on other low hills, and most were made of local stone. In this house, however, the use of exposed stone was combined with a modern steel frame construction. The confrontation between craftsmanship and industry is a pervasive feature of the villa. 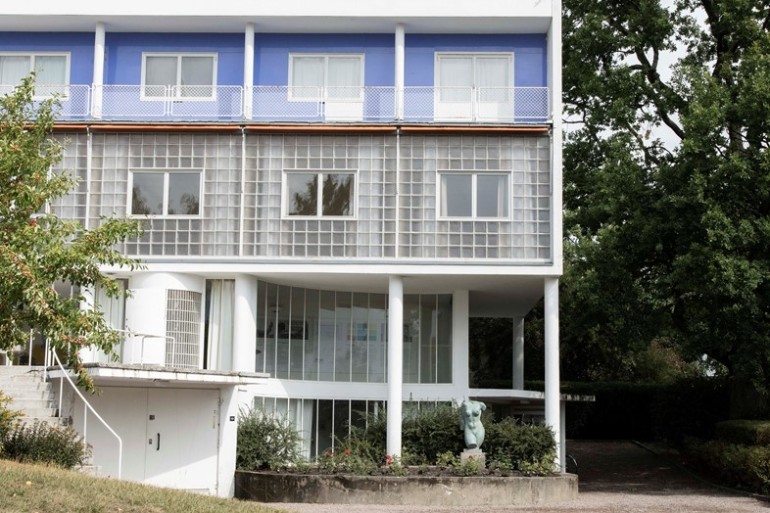 As for the colours: it is a myth that all early Modernist houses were painted white, or off-white. Published photographs in black and white tended to emphasise this feature, often in order to dematerialise the building. Several architects however, including Le Corbusier, worked carefully to determine the colour scheme of his buildings. Polychromy was a very important feature of his architecture; the vivid, and often rather dark colours, in his paintings from the 1930s also appear in his interiors.

Villa Stenersen was built as a functional space in which to exhibit art, while Le Corbusier by the Sea captures the friction within Le Corbusier during this ten-year period. In many ways, Villa Stenersen sets the perfect tone for the resulting a collection of works, deftly crystallising the result of Le Corbusier’s summers in Le Piquey in the walls themselves.

Le Corbusier by the Sea runs until December 16, 2018, at Villa Stenersen, Oslo.

Written by Madeleine Holth for Another Magazine