As his autumn-winter pre-collection launches in Selfridges this week, meet Nabil Nayal — the British-Syrian designer blending Elizabethan silhouettes with elements of modern streetwear.

Nabil Nayal might be one of the most promising design talents on the London fashion scene right now — the British-Syrian designer was a recipient of the prestigious British Fashion Council, Fashion Trust Grant in 2018 and an LVMH prize finalist — but what really makes him stand out is his fascination with history. With a PhD in Elizabeth dress from Manchester Metropolitan University, his collections juxtapose the intricate construction and dramatic silhouettes of the sixteenth century with easy-to-wear sportswear and ultra-modern design techniques. “My fascination with historical and Renaissance dress, in particular, started just over ten years ago when I was studying in Manchester,” the designer tells SLEEK. “I came across a smocking machine and that eventually led to an obsession with sixteenth-century smocks.”

Nayal’s autumn/winter 2019 pre-collection continues his devotion to historical modes of dress, borrowing on this occasion from the 18th century and the court of Marie Antoinette and Louis XVI. For this collection, which is launching today at Selfridges in London, Nayal artfully combines billowing sleeves and white frothy frills with modern prints and textures, and elements of sportswear — all the while remaining close to his Renaissance design roots. “After so many years exploring Renaissance dress, it’s kind of in my DNA — it’s how I design. It’s a feeling and emotion related to the person who made those garments hundreds of years ago,” says Nayal. 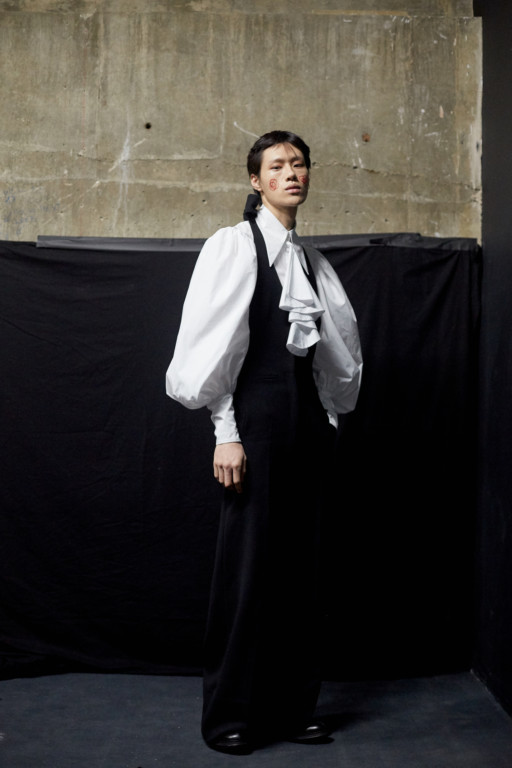 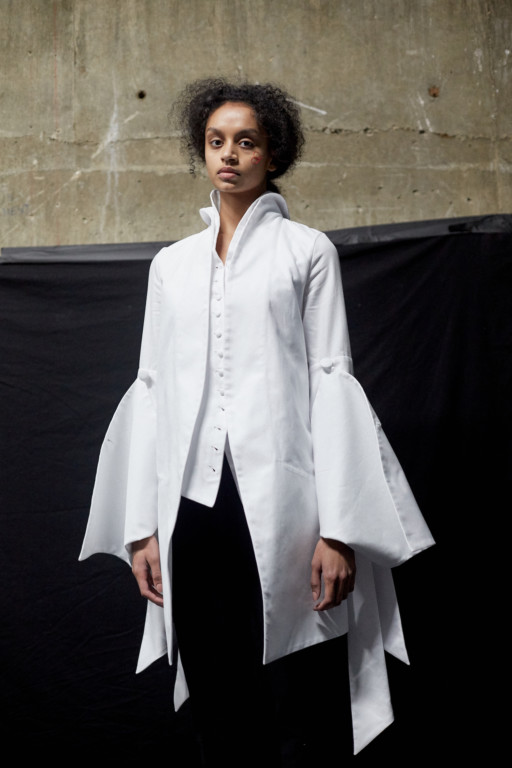 Growing up in Aleppo, Syria, Nayal remembers a childhood spent roaming around his parent’s textile shop. His decision to enter the fashion industry, however, was not a popular decision among family members. “I grew up in an environment that at once encouraged and discouraged me to pursue fashion. My grandmother was supportive and so was my mum. But my dad and most of the teachers at my school were not so keen.” Nonetheless, Nayal stayed true to his dreams. “What I learnt from an early age was that I had a hunger to make it happen, that I need to find a way to make it work. And I think whilst I’m not really battling those demons anymore, I do think they stay with you,” Nayal reflects.

Nayal recently collaborated with The School of Historical Dress in London, who supported him in his historical dress studies. “They’re great because, whilst their background is dress history, they understand that as a fashion designer, I will disrupt the truth. In other words, they understand that I’m looking to historical dress to imagine new ways of interpreting ideas or processes.” This collaboration sparked numerous ideas and thoughts for Nayal — he started to question the imprint Elizabethan design will have on our future. “What would a tailor from the sixteenth century be doing if they were brought back to life in 2019?” ponders Nayal. “They’d probably think a 747 plane was a vessel from Mars but once they settled in, they’d be adapting their knowledge, methods and understandings for contemporary ends. I like the idea of that actually: what would it be like if an Elizabethan tailor lived on Mars?”

Even though “Nabil Nayal” as a fashion brand is strongly influenced by the past, it does not mean that as a designer he is stuck in the dusty annals of history. “There’s zero sense in regurgitating the past. For me, looking at historical dress is no longer about learning from the past. It’s about seeing the potential in things.”

As well as an obsession with historically-informed design, Nayal also specialises in technical sportswear. Forget hoodies and sweats — Nayal develops experimental sportswear utilising the latest techniques, such non-sew technologies, 3D scanning and 3D printing methods. He first became interested in this side of things in his final year at the Royal College of Art, where he came across the Rapid Prototyping department. “At the time, 3D printing felt at such a remove from my obsession with anything Elizabethan, but with the encouragement of my design tutor, I explored this further, eventually researching the concept of ‘disruption’ in my practice-based PhD a few years later,” explains Nayal.

Having collaborated with The School of Historical Dress and The British Library for his latest autumn/winter pre-collection, Nayal is excited to be launching it exclusively at Selfridges. “It’s a big deal. Selfridges is a landmark in London and it’s a huge honour to be working with them,” says Nayal. “We have ambitious plans for an installation that will be unveiled, which builds on the presentation we did at the British Library last September.”